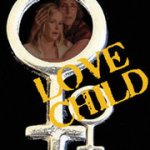 Early Worx hit five-stars from FringeReview in Adelaide with Joanna Murray-Smith’s modern Australian play, Love Child,  about a daughter who meets her biological mother for the first time. Actor and director share their thoughts on the play and the processes of rehearsal, directing and character creation.

Interview 5th August 2012: Listen to our interview with Anna Cheney and Charles Sanders

This entry was posted on Thursday, August 20th, 0201 at 12:38 pm and is filed under Audio Interviews, Edinburgh Fringe 2012. You can follow any responses to this entry through the RSS 2.0 feed. Both comments and pings are currently closed.