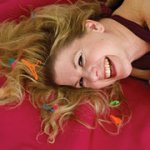 DeeDee Stewart is writer, director and performer of this one-woman show that takes her own childhood as its starting point. Here DeeDee and producer, Ray Nedzel, talk about bringing the show, Dirty Barbie,  to the Edinburgh Fringe.

Interview 1st August 2012: Listen to our interview with DeeDee Stewart and Ray Nedzel

This entry was posted on Monday, August 20th, 2012 at 12:22 pm and is filed under Audio Interviews, Edinburgh Fringe 2012. You can follow any responses to this entry through the RSS 2.0 feed. Both comments and pings are currently closed.