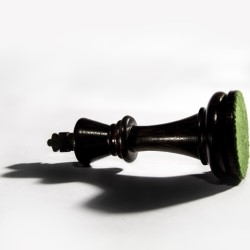 Paul Levy talks with actors Nick Pearse and Ben Rigby from Rampant Plays about The Gambit by mark Reid, described as “twenty-five years of betrayal played out on a chessboard.” In a frank interview, Nick and Ben chart the play’s development from self-directed piece to one ready to hit the ground running at the Fringe and on tour with the aid of director, Matthew Gould. “The Gambit features a thrilling battle of wits between two titans of the game with opposing outlooks on life, each other and the game itself.”

This entry was posted on Wednesday, August 5th, 2015 at 7:39 pm and is filed under Audio Interviews, Edinburgh Fringe 2015. You can follow any responses to this entry through the RSS 2.0 feed. Both comments and pings are currently closed.