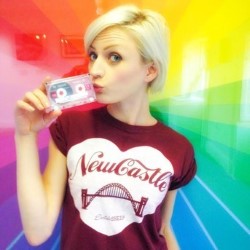 Paul Levy talks to Zoe Hakin and Chris Foley about Mixtape. “Join the Mixtapers for their hilarious bitesized theatre inspired by music. Part comedy show and part music quiz. The Mixtapers perform from themes including Number Ones, The 80s, Brit Pop, Girl Bands vs Boy Bands and Rock’n’Roll. The rules? The sketches will only use remixed words from the song’s lyrics and can be no longer than the tracks that inspired them! Guess what songs inspired the short sketches to be in with the chance of winning tonight’s highly coveted Golden Mixtape.”